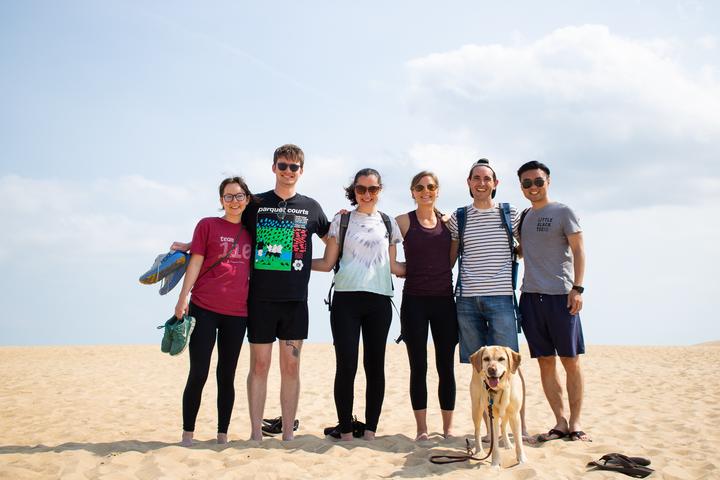 Just over a month ago, SEAL members (sans Josh) decided to celebrate the end of thee semester in a slightly different way than usual. We headed out to the Outer Banks (OBX), the local term for the northern barrier islands of North Carolina, for some exploration and ultimate flight.

The first day was a travel day, and some of us stopped at Alligator National Wildlife Refuge to take an opportunity to stretch before the final hour (ish) drive down south once out on the OBX. After doing a little walk, we joined everyone else at Frisco Campground on Hatteras Island, where our other friends from CGA had a campsite right near the beach. With Xiaojie’s help, we ended up having hotpot on the beach before heading back to Avon to our house rental.

The next morning we watched the sun rise over the water (we could quite literally see the water from our top deck) and then quickly prepped ourselves for another hour drive north to Jarvisburg for the trip highlight - a 10-minute, half mile high hanggliding flight over Currituck sound with views of the whole northern Banks. Though before our flights emotions ranged from excitement to “why am I here”, by the end all of us were smiling and glad we had come out to do this. Flying above the water-wetland mosaic while attempting some (mild) tricks is an experience we’re not going to forget anytime soon.

After hanggliding, we had lunch at a waterfront restaurant in Duck. We initially thought to have some Duck donuts to finish off dessert, but with the shop closing at 1pm, we opted for massive cinnamon rolls with extra cream cheese, courtesy of Laura’s familiarity with a nearby bakery. Since we were already in northern Banks, we decided to go as far north as we could without a 4x4 car, and within an hour we had arrived at the Currituck lighthouse. A few of us climbed to the top to get some great 360 degree views. Afterwards, we started our drive south before making a stop at Jockey’s Ridge State Park, which has large dunes separating the sound from the ocean. There might have been some jumping pictures taken there.

Eventually, all that jumping made us hungry, so we went home to cook some homemade burgers. We also took a night-time walk out to the water, where some of us discovered how prevalent some certain white crabs are on the sand when the sun goes down.

The next day, half of us stayed behind to relax / officially finish a course, while the others hiked down to SW Hatteras Island to take the ferry to Ocracoke. What it really turned into was a lot of waiting, and then a blitzing drive across the island (to the lighthouse) and back in time to return with the next ferry to Hatteras. We finally returned and joined the others on the beach. Well…we tried. The water was bracing but survivable, yet the wind was constant enough that the sand was constantly whipped up around us. We retreated to our upper deck to get out of the pelting sand, and eventually had a dinner of homemade pizza followed by a brownie mosaic cheesecake we baked the night before.

On the way back, we all stopped at Bodie Island lighthouse, and then a couple of us stopped again at Alligator river to hopefully see an alligator. While didn’t get to see one, we did end up seeing a mama bear and her cub!

All in all, we had a great time between the hanggliding, Laura’s prior knowledge of the northern OBX, the beach house, and the random things like watching the sunset from the deck, finding those crabs in the sand, and Neanderthal poetry, among others. This was a pretty good end to the term. Next time, skydiving! 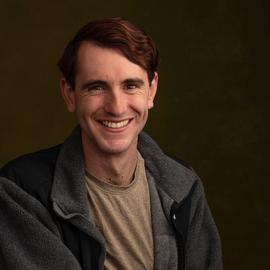 I am a PhD candidate with the Center for Geospatial Analytics at North Carolina State University.